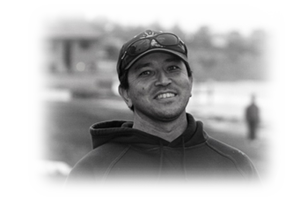 From IRONMAN.COM.  The year was 2001. Jim McCann, president of the Triathlon Club of San Diego, was in Penticton, British Columbia, Canada, for his one and only Ironman. Bob Rosen, a friend of McCann's was competing there, too, so the night before the race, at about 7:30 PM, McCann calls and asks if he'd like to join him for a picnic dinner at Okanagan Lake Beach.

Today, the Triathlon Club of San Diego is in mourning. Jim McCann, president of the tri club since 2000, died suddenly on June 20 from a stroke. He was 46.

A week later, Bill Gibbs, the club's vice president, said, "Everyone is still in shock."

Under McCann's leadership, the Triathlon Club of San Diego's membership grew from about 340 to nearly 1,800. The key to McCann's success was his passion for introducing newcomers to the sport and his ability to enlist others to pitch in.

It was McCann who implemented club races for beginners so they wouldn't be intimidated by skilled, veteran triathletes. Non-club members didn't have to pay to attend club workouts. McCann started wetsuit and bike rental programs for beginners. He expanded the club's bike case rentals.

"Jim's whole motto was, you create a place for people to come and train and they'll join."

McCann was raised in the San Francisco Bay Area and played baseball through college, which is what brought him to San Diego. He ran a half marathon, jumped into biathlons and joined the triathlon club in 1988.

He owned a wetsuit rental business, and even his business philosophy leaned toward pleasing the public... McCann's concern for the average age-grouper might have stemmed because he saw himself as Mr. Everyman. He was not an elite triathlete. His time at Ironman Canada: 15 hours, 2 minutes. But he loved the active lifestyle and wanted to pass it on to others.

"The beginner triathletes, for him, were the most important focus," said Dee Dee. "He wanted to bring the lifestyle to as many people he could. He wasn't overly impressed by the elite performer. He was impressed by the average person who did it."

While McCann may not have been starstruck by star triathletes, he knew that others were and, with the help of people like Babbitt, was able to recruit champions like Chris McCormack, Peter Reid, Michellie Jones and others speak, for free, at club meetings.

"What that does," Babbitt said, "is motivate people even more. They see that these guys love the sport just as much as I do."

In the peak of spring and summer, it wasn't unusual for the tri club to have an event going on every night: Monday night swims at La Jolla Shores; Tuesday night track workouts; Wednesday night bike intervals at Fiesta Island, where the sport was born 30 years ago; Thursday night aquathons or trail runs; Friday swims at La Jolla Cove; Saturday races and long bike rides; Sunday races for beginners and trail runs.

While McCann didn't implement all those programs, he was instrumental in encouraging club members to lead some of the programs as they grew in experience.  "He just had this magnetism about him that people would do anything for him," Gibbs said.

McCann did help implement the Tri Club Swim Buddies. Understandably, many newcomers can be hesitant about their first open-water swim. McCann solved the problem by recruiting volunteers to swim beside and comfort the newbies.  "He was key in empowering people to take ownership of that club," Babbitt said.

One year Gibbs bought McCann a sweatshirt with the words Tri Club President inscribed on it and gave it to him at a club meeting. "I've never seen him wear it," Gibbs said. "He was not in it for the status, fame, money or recognition."

Asked what the tri club meant to her husband, Dee Dee said, "Jim needed the positive energy that came from the kind of people who gravitated to triathlon. It was critical to him, to his own well being to be around positive people. I really think that's what it meant to him."